I’m Bear Grylls (well, not really, but bear with me) and I’m going to show you the skills you need to survive at a German theatre festival anniversary.

The two four-to-five hour productions of Every Man Dies Alone and War and Peace have helped me prep my stamina for the marathon Saturday.

And now it’s time for the real challenge: the anniversary party weekend, 11 and 12 May. Wilmersdorf appears quiet during the afternoon, but I shouldn’t be lulled into believing that it doesn’t have some hidden dangers. Reality is thinner than it appears: theatremakers sneaking networking into conversation, actors acting on and off stage and audiences maneuvering for free/scalped/waitlist tickets. 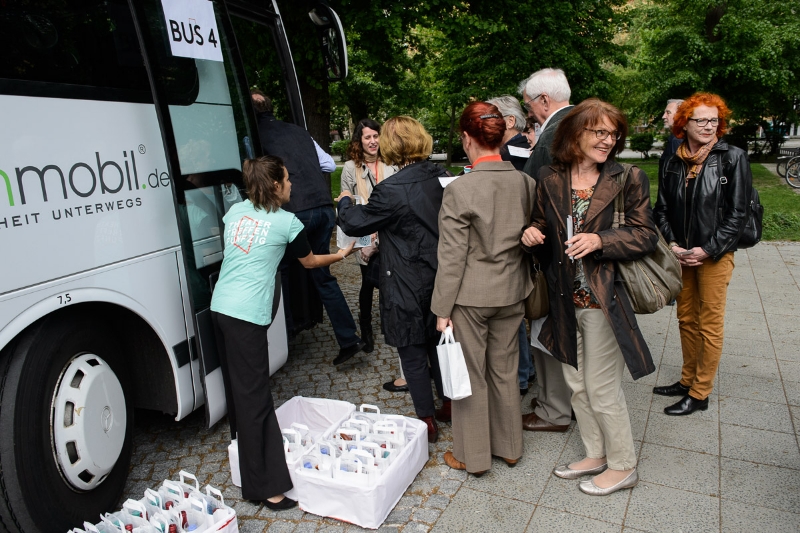 First I have to get through a bus tour in a luxury Mercedes Benz 40-seater. Motion sickness is problematic – especially after four bottles of Rotkäppchen in a fit of boredom – as vomit on leather seats can prove deadly.

I resist the temptation to jump out of the windows to actually go see the Deutsches and Maxim Gorki theatres, hidden behind the suddenly leafy spring trees. (Remember, theatre is about imagination: I don’t need to see with my eyes, I see with my mind.)

Back once more in Wilmersdorf, I’m primed for potential dangers. Head for the pretzels; salt and bread will help me sober my senses. Resist the temptation to dance to the Balkan beats-live soundtrack of the Theater Composers Orchestra. It’s still light outside, someone might see you. More free Sekt. 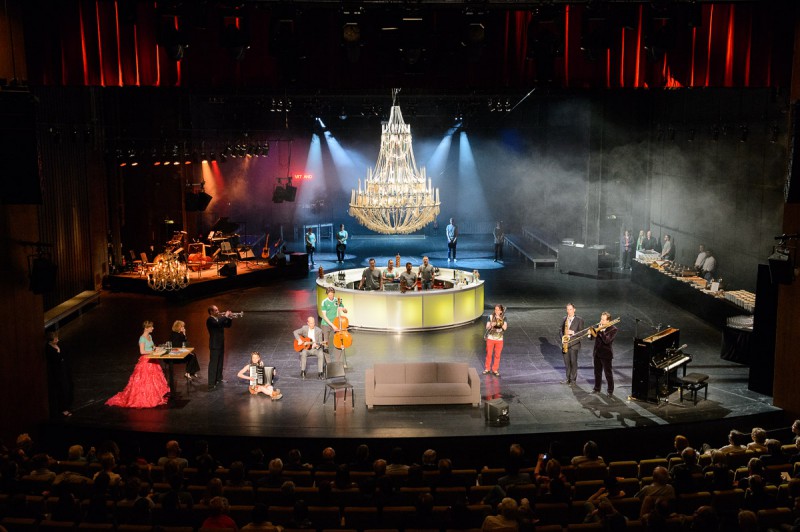 The following two-hour plus prelude of gossip and memories to the buffet (the free food that everyone was waiting for) threatens to challenge my theatre/reality sense again. The hostess, “Theatertreffen voice” Sandra Hüller, faints not too long after the blackfacing scandal is mentioned (yes, there’s still blackfacing in German theatre) and someone starts shouting from the audience. Did she really faint? Was it all planned?

Turns out it was real. So an improvised break, costume change and more Quatsch must be endured before I finally reach the food on stage. The line toward the buffet is curved around the moving centre-stage platform, which slowly rotates the hungry away from the promised food. Is this a symbol for the plight of world hunger? An intern’s practical joke? Simply a coincidence?

The endless possiblities threaten to send me into a death spiral of interpretations. What does it all mean? Does it even have a meaning? What is meaning anyway?

Finally boulette and deviled eggs bring me back to my senses. There is no greater meaning, this is just an awkward company party-like ritual with a cash bar and too many sober people. Nothing I haven’t conquered before. 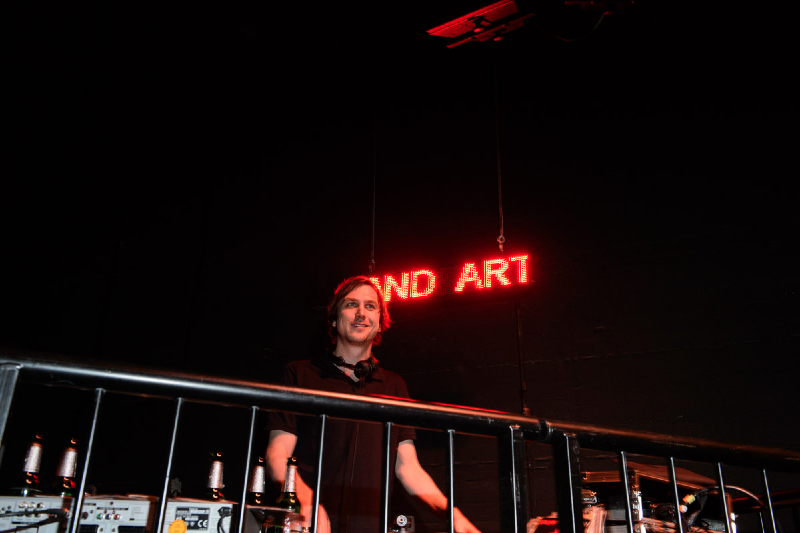 By the time the DJ – some sort of demi-god or shaman named Lars Eidinger – takes over the music, the dancing begins and the following quote eventually appears:

„If Pac-Man had affected us as kids, we’d all be running around in dark rooms, munching pills and listening to repetitive electronic music.“

Even, though here, we are not, the self-referential commentary has come full circle, and I’m still on my feet. Until next time.