After weeks and weeks of pouring through all the press material, Skype interviews and various third party sources to try to write a preview for our print magazine, I got to sit down in the theater and prepare myself to see the first of the Theatertreffen’s 10 invited productions.

I still try to engage with theatrical material free of preconceptions – a proverbial blank slate – because the kind of reviewing I started with in the states was based on modeling oneself after a generic audience member, and part of this has stuck with me. At the same time, there is no generic audience member and where’s the fun in trying to be objective? Let’s get down to the mudslinging!

First, let me mention a couple of conditions. The beauty of being the English-language critic at this festival is that I’m the outsider. I didn’t have to read Goethe in school, I think albino asparagus is a crime against nature and I still screw up the dative and accusative cases. This position is rocky (what right do I have to say ANYTHING about the products of a culture that’s not my own?) but also liberating (it isn’t MY culture after all). At the same time these are my tax euros at work, and I care about how they’re being spent. The budget for the Theatertreffen comes in at €2.3 million, and that’s not covered by ticket sales.

And as I’ve thought about writing this blog, I’ve realized there’s really two sets of readers: those who’ll find the blog through the festival itself and those who’ll read this because it’s next to the other Exberliner blogs. Meaning that I’ve also got to compete with Jacinta Nandi and her frequent German-bashing and use of the word “cunt”.

So what did I think of Michael Thalheimer’s production of Medea, as a tax-paying outsider writing for both theater people and followers of „Amok Mama“?

It’s good. Just good. Which is only disappointing because the piece has been built up so much as the first production of the 50th Theatertreffen. Another problem inherent in such a festival is that the entire production has to rip itself out of its original context and transfer to a new theater in Berlin. And there are definitely moments lost in transition.

As I wrote in our collective entry, the visual aesthetic is so minimal that I found myself focusing on the musical and abstract quality of the actor’s voices. I also counted errors in the subtitles (only two, could be worse). Constanze Becker’s commanding performance in the title role, and the infrequent but brilliant use of the brutalist set drew me back in at regular intervals, but something was missing.

And it took me awhile to figure out what it was. The execution of this reduced aesthetic is fine-grained: the static actors moved only to express a very specific emotion, and were organized so that their shadows and bodies represented a visual hierarchy. This cold symbolic world evoked a vivid psychological landscape, which was intriguing but still unsatisfying.

Only at the end did this lack start to crystallize. In the moment when Medea finally goes through with it and murders her children, Becker’s body eventually disappears behind a video projection of domestic bliss as told through modified bathroom signs. This swallowing of the body through abstracted symbols underlines the lingering absence of the body as flesh in this production. It’s Sprechtheater at its purest, the text carries the weight of the performance and the body is only present as symbol and instrument. I know, this is starting to get theoretical sounding, but bear with me.

For this production of Medea, the instrumentalisation of the body emphasises the woman’s role as the bearers of children in society. Their bodies are their instruments and their source of power. But this reduction of the body to its one function ignores the aspect of the tragedy – the gut-wrenching, makes you want to vomit tragedy – that she destroys the product of her own flesh, not in the abstract “I’m just getting even with my husband who betrayed me”, but terrifyingly real.

Of course bodies exist on the stage, and they even move, sometimes. But the movement quickly turns into a symbol for something else and the characters never touch (with one notable exception between Medea and her husband Jason) so their physical presences and relationships feel abstract. Throughout most classic drama the real action never actually happens on stage, it’s just told by a messenger. Unfortunately in this case no onstage action is added to no onstage relationships, so the production starts to become less theater and more radio play.

And that’s a certain aesthetic that Thalheimer executes remarkably well. I’m just not sure it fits Medea, or that it shows me some new aspect of it, like the best of this director-oriented concept theater can do.

Tip for tomorrow: American director Robert Wilson, cult favorite known for his stylized productions of the classics at the Berliner Ensemble, is speaking at the Theater Award Berlin ceremony on Sunday and admission is free! 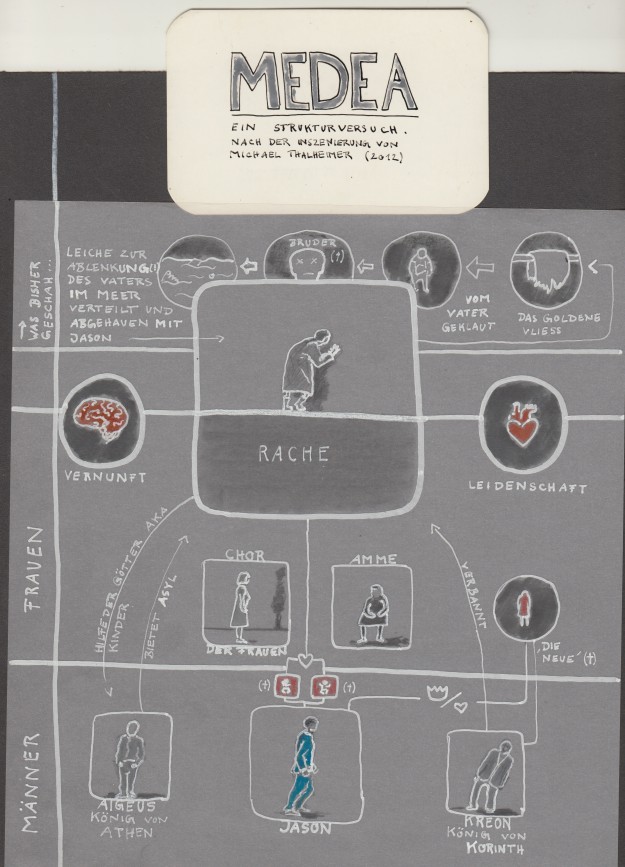 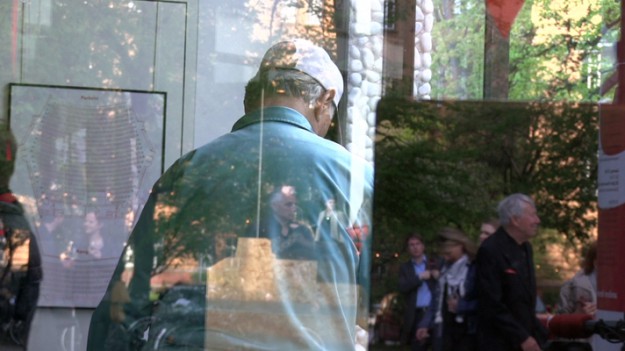 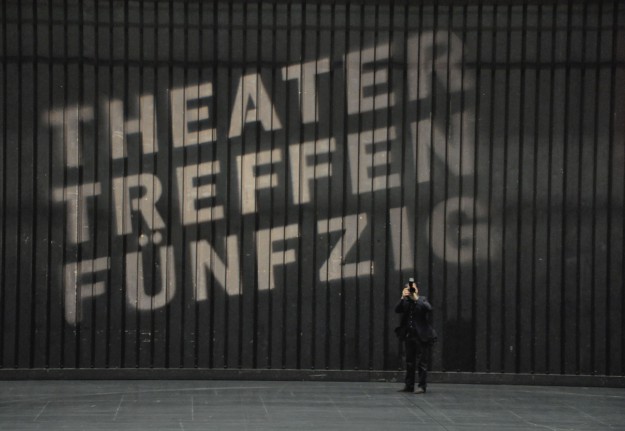 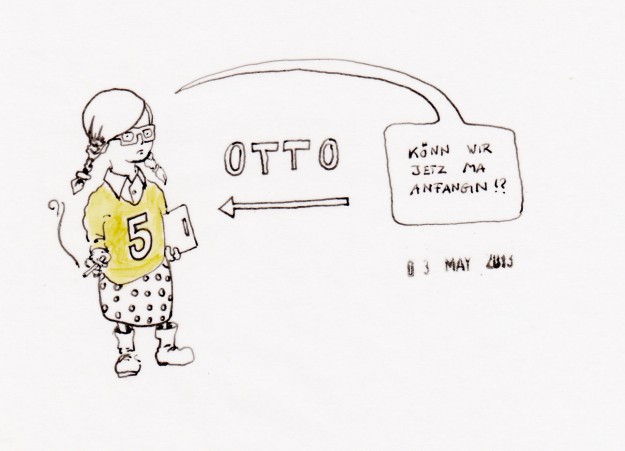 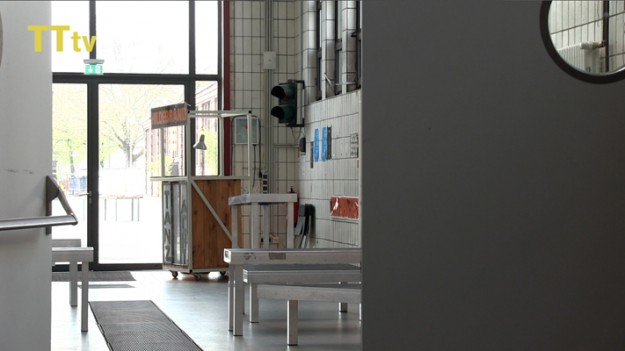 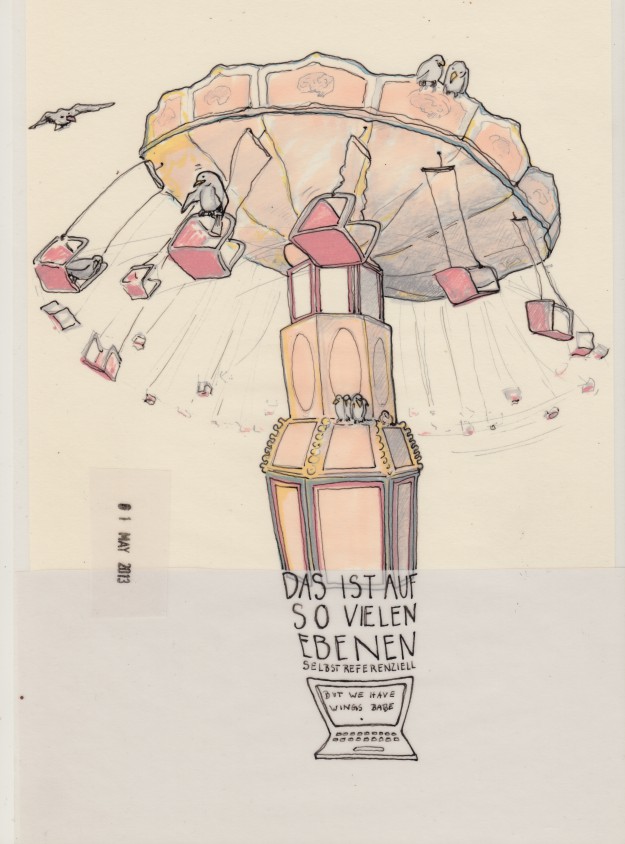 I’ve got a confession: I’m not sure about theater festivals. I mean, I’m not sure what they’re supposed to do, and I’m definitely not sure if ... weiterlesen »