The fiftieth anniversary of the Theatertreffen begins in less than 48 hours! This means the passion, panic and pressure that come along with any golden jubilee will soon take over the Berliner Festspiele. But before we plunge headfirst into the first production, let’s take moment and look at what lies ahead.

All ten productions were chosen for being “extraordinary” or “remarkable”, but that doesn’t mean that they have much else in common. It’s exactly this lack of overall theme that makes the festival such a good survey of German language state-funded theater – especially for those of us who come from different traditions. It’s also accessible: five of this year’s productions have English surtitles and two more are fairly easy to understand.

Legendary director Michael Thalheimer’s production of Medea from Frankfurt opens the festival with a promising cast that includes actress Constanze Becker in the title role – a performance that earned her the Gertrud-Eysoldt-Ring prize for outstanding achievement in acting. It’s also worth mentioning that Becker and Thalheimer definitely fall into the category of repeat offenders: their Oresteia at the Deutsches Theater in 2006 was also honored with an invitation.

French choreographer Jerome Bel’s Disabled Theater might be this year’s most controversial selection. It’s a simple concept: the Swiss German ensemble Theater Hora – a company of actors with various mental handicaps – present themselves and some pretty inspiring dance solos. Bel’s assistant translates and explains in English where necessary. A symposium called “Disabled people on stage – artists or exhibits?” will follow the performances.

Rounding out the surtitled performances are a five-hour version of War and Peace co-produced by the Ruhrfestspiele and Centraltheater Leipzig and a production of Elfride Jelinek’s The City The Street The Raid from Munich, which marks the 10th time a work from the notorious Austrian author has been invited.

Of the non-surtitled selections, two aren’t very text oriented: British director Katie Mitchell’s cinematic Night Train is more about the visuals than the plot and Volksbühne director Herbert Fritsch’s Murmel Murmel has one word and one word only (hint: it’s also in the title).

German-language productions of Brecht’s Die heilige Johanna der Schlachthöfe from Zurich, Gerhart Hauptmann’s Die Ratten and Tennessee Williams’ Orpheus steigt herab make up the rest of this year’s invitees. Check out the EXBERLINER website for my English-language interviews with a couple of the artists involved.

As far as tickets go: Medea, Every Man Dies Alone, War and Peace and Night Train are already sold out and there’s just a couple of tickets left for Disabled Theater and Murmel Murmel, so reserve now! TIP: even if the show’s sold out it’s worth trying to get last minute tickets (Restkarten), especially for the second performance.

And of course, the ten invited productions are just the beginning…

This year also marks the 35th anniversary of the Stückemarkt festival for new plays (all translated from the original language into German), held this year for the first time in the stunningly retro Pan Am Lounge. The staged reading programme also includes discussions and talks, a retrospective over 35 years of history, and opportunities to nerd out over theater archives in the Hörspiele lounge.

A special bus tour takes you through the history of the festival, complete with film material and interview snippets – sadly lacking in surtitles. This year’s paparazzi event is TT50 – Das Fest, in which various denizens of the theater world will hog the mic with reminiscences and gossip, followed by a concert from the specially organised Theater Composers Orchestra then infamous Schaubühne actor Lars Eidinger’s DJ set Autistic Disco.

Last, but not least, don’t forget to follow the festival right here on the TT Blog with daily updates, reviews, recommendations and English posts from yours truly. You can also join in the dialogue on the blog and through our Twitter hashtag #TT50.

Now that we’ve got the lay of the land, I’m going to go buy a cake – and fifty candles. 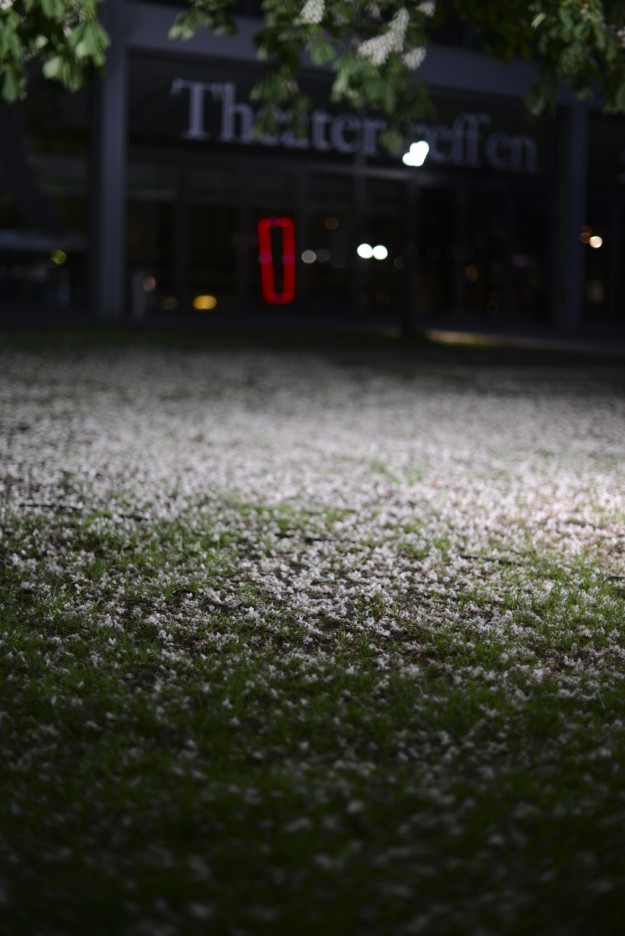