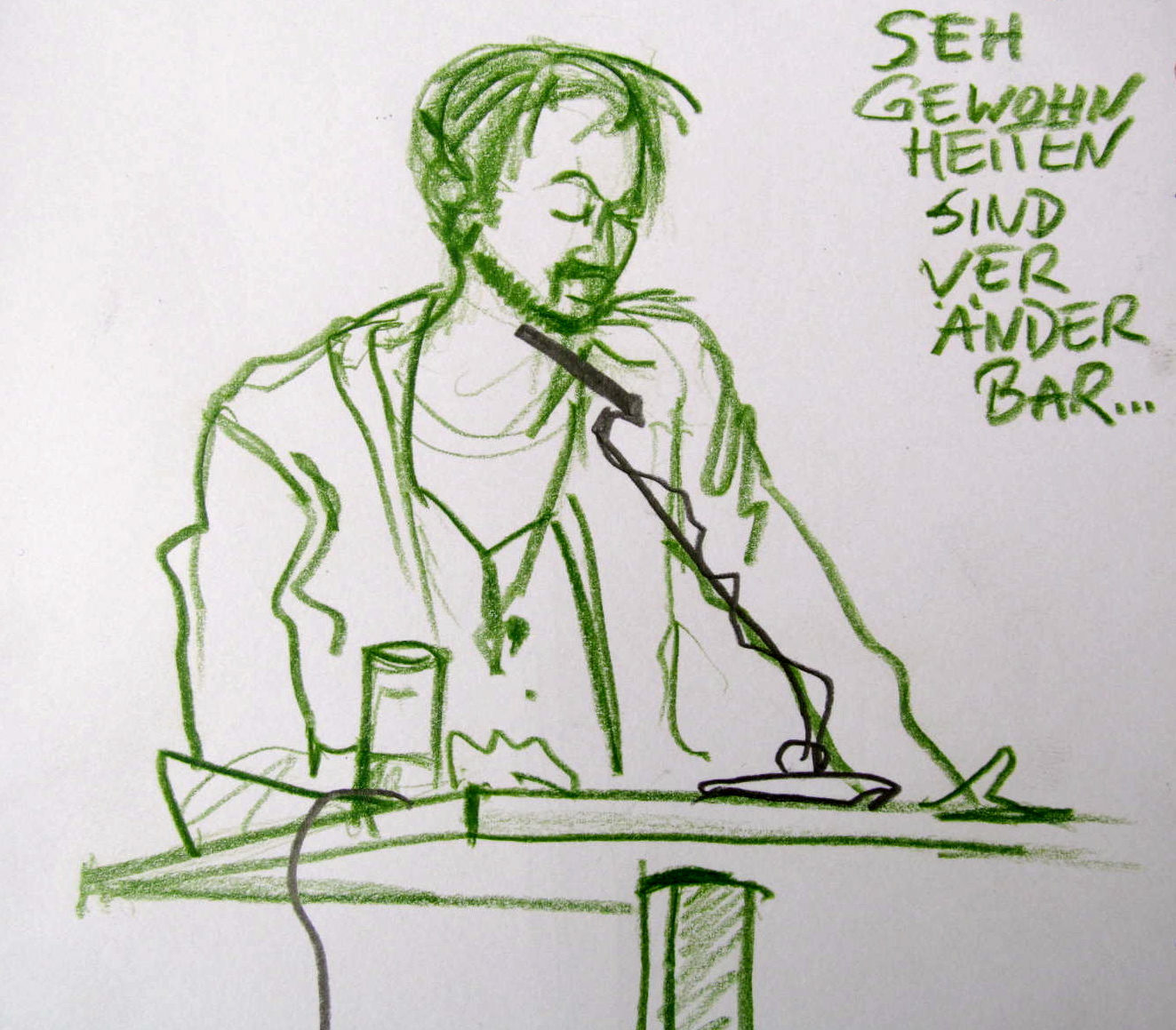 Trendy? Unavoidable? Difficult? As a foreigner living in Berlin, I was obviously curious to hear the Sunday talk about the “internationalization of theatre” – and all the more disappointed because it missed its point. Notably because it lacked a clear definition of both key-terms, “internationalization” and “theatre”.
Let’s start with “internationalization”. What does that mean? Is “internationalization” letting a renowned Dutch director take over the Münchner Kammerspiele? Inviting foreign actors to speak German with a funny accent or show their particular Italian way of moving onstage? Dealing with international issues? Or taking into consideration the growing percentage of “non-bio” Germans living in German cities while working on theatre productions?
Regarding the talk’s participants, moderator Tobi Müller reduced the problematic to the hip trend of German municipal theaters inviting foreign directors to make obscure pieces, engaging foreign actors speaking their own kind of German, letting foreign directors be their boss. A living specimen was present, the acclaimed Münchner Kammerspiele’s Dutch director Johan Simons – whom it nevertheless took two years to start being recognized in the city, as affirmed by Munich theatre critic Christoph Leibold. The discussion quickly lead to an appeal for patience (maybe you don’t understand them straight away, but if you wait it can bring interesting interactions) and substance (“It’s not only about producing some ‚multiculti Europudding‘, it needs content”, stated Rita Thiele, Chief Dramaturge at the Hamburger Schauspielhaus, recalling a disappointing experience with a weak German-Hungarian project). And Johan Simons had plenty of anecdotes to tell about the cultural shock that expected him when he started to work in this huge theatre house in Munich, where everything is discussed everyday in never-ending meetings, which leads to every little problem being interpreted as a huge catastrophe. “The word catastrophe belongs to the third world!”, he rebelled. And never heard the word “catastrophe” again. 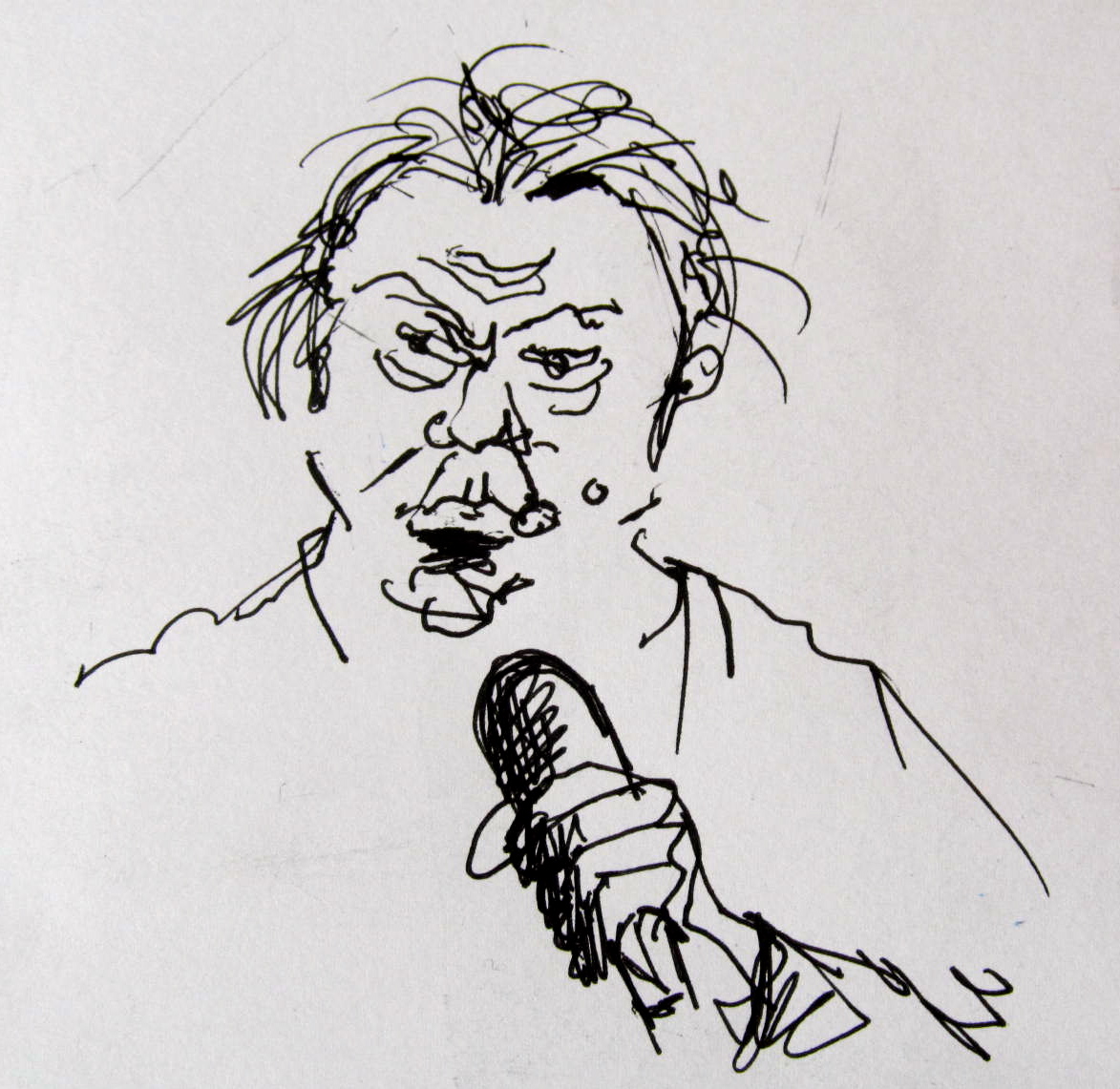 But you can also understand “internationalization” differently, considering you don’t need to go abroad to find foreigners. Is making a piece with a foreign artist living in Germany still “internationalization”? More tricky: is working with “non-bio” Germans, meaning Germans with foreign origins, but born in Germany, still “internationalization”? That’s how Rita Thiele, Chief Dramaturge at the Deutsches Schauspielhaus Hamburg, understood it. “Cities are getting more and more international, all you need is to open the theatre to your city. It is not about an international directors-circus, the internationalization is to be found in the streets.”
Before working at the Deutsches Schauspielhaus Hamburg, Rita Thiele was leading the theatre in Köln, where she tried to internationalize the actors‘ ensemble by bringing quotas (!): if 30% of the population has foreign origins, so should 30% of the actors. It ended up being a contra-productive disaster, because they couldn’t find “non-bio” German actors to fill the quotes and had to search them in theatre schools – where they obviously found beginners, whom they couldn’t give leading roles, and the “non-bios” ended up playing the servants and chauffeurs… Embarrassing. Now that she works in Hamburg she won’t repeat the same mistake: no quota anymore. Still they have one Japanese actress and one British actress in the ensemble. If that is representative of the “internationalization” going on in the streets is another question.
At this point I would have expected a reflection upon the – sadly unique – case of the Gorki municipal theatre, whose new team, lead by Shermin Langhoff, founded a theatre ensemble where a majority of “non-bios” play Chekhov, Gorky and Büchner and search for new connections between those classical texts and today’s multicultural Berlin. No one from the Gorki Theatre was there – not invited? Oh, but none of their production was invited to the Theatertreffen – not yet in the club? 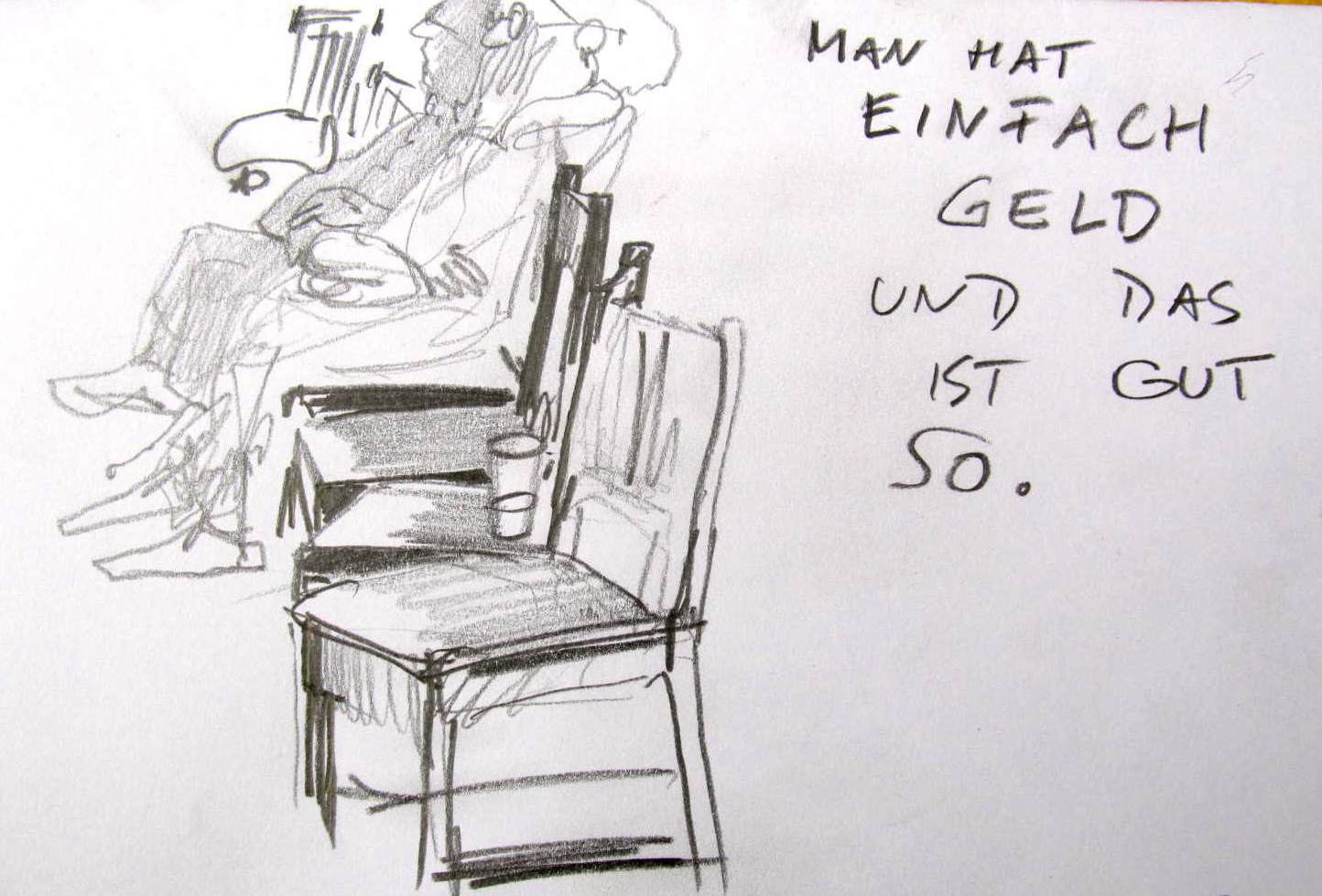 „You have money and it’s good like that“. Live sketch: Dorothy Siegl

The term “theatre” is also problematic. What kind of theatre are we talking about? Obviously the only valid theatre at the Theatertreffen, made by the “state and municipal theaters” (Staat- und Stadttheater) this great German structure the whole world envy: a well-funded big theatre in every city, producing repertoire pieces with a permanent ensemble within permanent structures you don’t have to fight for every couple of months. Johan Simons is right, there is a huge potential within this opulent structures to open the doors, they have enough money for that. But they are not alone. And the internationalization takes place elsewhere in the first place. As always, the Theatertreffen completely ignores the “other” German theatre, the so-called “Freie Szene”, the independent theaters. Where the “internationalization” is a daily reality. Where theatre-makers constantly collaborate with foreign artists, based or non-based in Germany, be it for the structural reason of diversifying their funding resources.
And I had to wonder: how can you think the theatre’s internationalization if you don’t consider the structures who participate the most? If we take the Berlin’s case – where can you see “internationalized” theatre? In venues like the HAU, the Sophiensaele or the Theaterdiscounter, not mentioning the Ballhaus Naunynstraße or the English Theatre Berlin. The Mousonturm in Frankfurt, the Kampnagel in Hamburg. Apparently they also are not part of the Theatertreffen’s club allowed to speak about today’s theatre.
All in all, clarifying what “internationalization of theatre” is about would certainly have lead further than this rather harmless exchange of anecdotes recalling again how fascinating it is to hear a foreign accent or how difficult it is to stay curious.
Exberliner is partner of the Theatertreffen-blog. 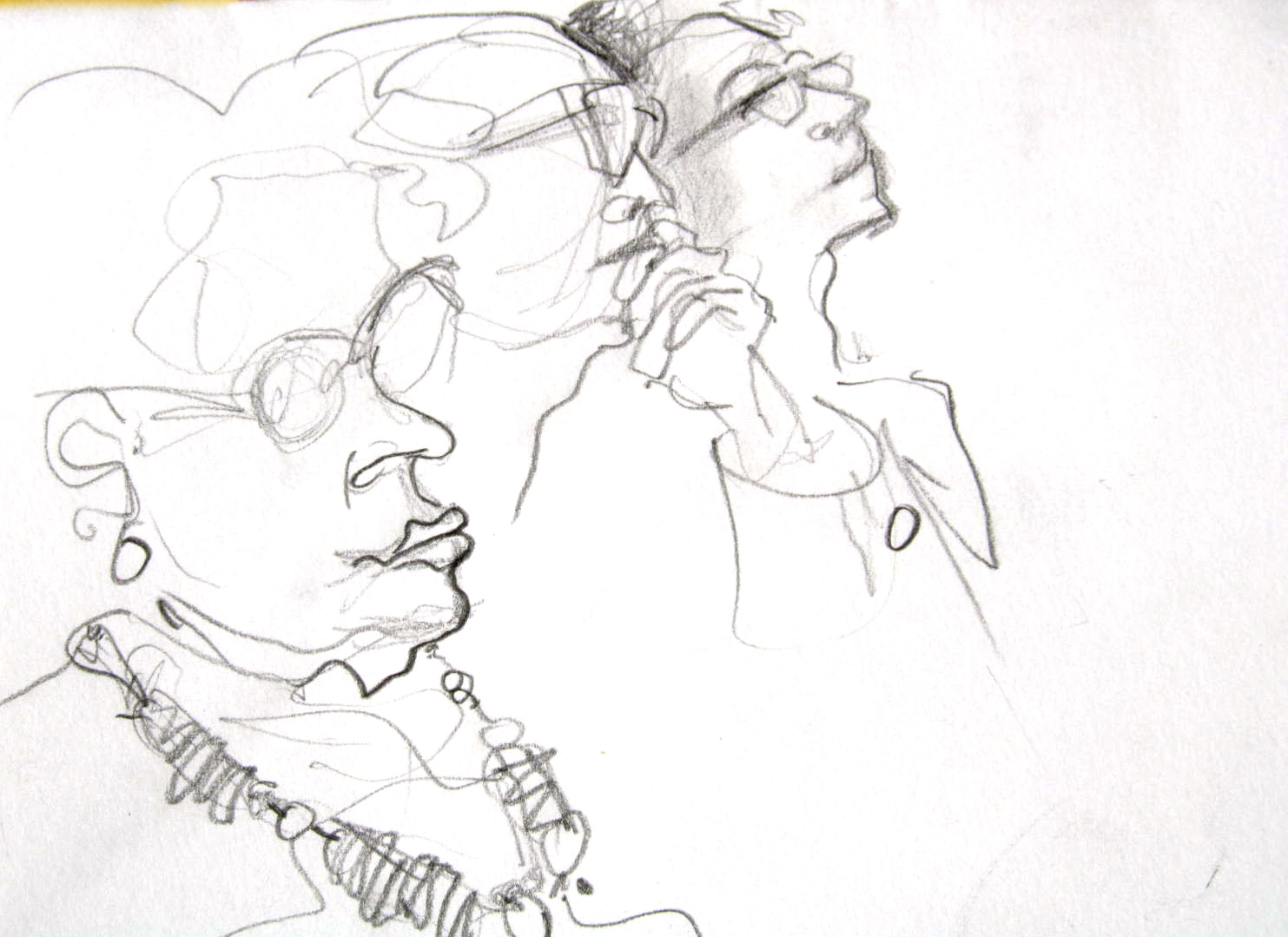