We’ve done it again. We’ve borrowed a word from the German and made it our own. After “schadenfreude” and “zeitgeist”, “Regietheater” has now surpassed the translation “director’s theatre” in common usage.

I first realized how serious this trend had become when Alex Ross used it in his commentary on new opera productions in New York over the past season. Note: of course we don’t exactly use the term correctly, in English, “Regietheater” can basically be plastered across any non-historical staging of a work.

I would propose, however, that we haven’t earned the right to use the term all. Because Regietheater really only applies if the director actually means something to begin with. And in the States in general, the director is a glorified medium for the playwright or librettist – he or she is there to bring the author’s text, according to his (or her) intentions, to life. This is one reason why there are endless discussions of what Shakespeare really meant, if he would have objected to women playing Macbeth and who the hell „he“ was anyway. Non-historical stagings are then approached with the somewhat mystical question: „How would the author have imagined the piece if he or she were alive now? Would he choose McDonald’s or Burger King? Drive a Chevy or a Toyota? Go to Disneyland or the Playboy Mansion?“

And as soon as our directors stray from this melt-behind-the-text role, we automatically cry “Regietheater„ and dismiss it as, pardon my British, disrespectful wank. So you can also understand why our most talented directors turn toward film. At least there they have some respect and creative control. 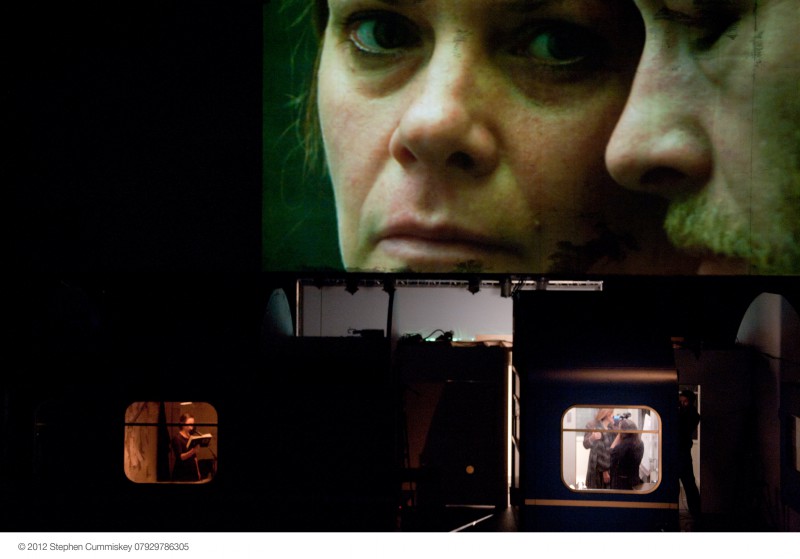 Of course there’s also a couple that have made it to the continent, where directors are the geniuses and celebrities, for better or worse. British director Katie Mitchell’s description of her first encounter with this status change:

„When I went to Salzburg for the first time, I was sitting in the square and there were three banners with three middle-aged men’s faces on them advertising three shows. I asked, ‚Are those pictures of the playwrights?‘ No. ‚Are those pictures of the leading actors?‘ No. ‚Who are they of, then?‘ The directors. And I thought, this would be impossible in the UK: the directors’ faces on their shows? That would be a travesty.“ (From a conversation in 2010)

So my perspective on the discussion “Theatre directing is…“ on Sunday was a bit coloured by wonder at the fact that such a discussion would even be held. And most of the conversation revolved around predictable historical reminiscing about the emergence of dance theatre and watered-down descriptions of the craft: i.e. „Directing is making decisions.“ But there was one nice moment of drama.

Claus Peymann (artistic director of the Berliner Ensemble, slowly increasing in volume): „Don’t we have the theatre that we deserve today? The minimalisation of pieces, actors turned into slaves, into director’s puppets, a contempt for drama, a disdain for literature, isn’t all of this is the expression of our ahistorical society…? Theatre like that of Rimini Protokoll, which represents the triumph of dilettantism and totally disregards literature, isn’t that what we’ve earned?“

Thomas Oberender (director of the Berliner Festspiele, standing up in the last row, and shouting): „That’s enough! What you’re saying is terrible. You still try to explain the world with Brecht and then you denounce the next generation.”

Peymann: „I’m just saying that I think Rimini is a symptom. I, myself, was one of their subjects: they made a whole production about me. Sure, it has an alleged authenticity, but it has nothing to do with the art and skills of theatre.“

The discussion moderator segued out of the Peymann vs. Oberender conflict by saying, with regard to directorial styles: „We should preserve diversity, that’s clear.“ At least it is for Germany.

But who knows, maybe the American theatre zeitgeist really is ready for a little bit more Regietheater.