Contrary to my expectations – as influenced by my colleague’s review – I laughed out loud multiple times at Murmel Murmel (next performance during TT on the 12th of May). And it wasn’t just because the concept – one word over and over – is so ridiculous that there’s really no other suitable response (see TTtv for more Murmeling). Nor was it just when a man sitting to my right said “Was für ein Text ist das?” (What kind of a text is this?), 54.4 minutes into the piece. Or when a woman behind me, unable to contain herself anymore, shouted “Murmel!” at the stage, and was quickly scolded with „Nicht vorhersagen“ (Don’t jump the gun). 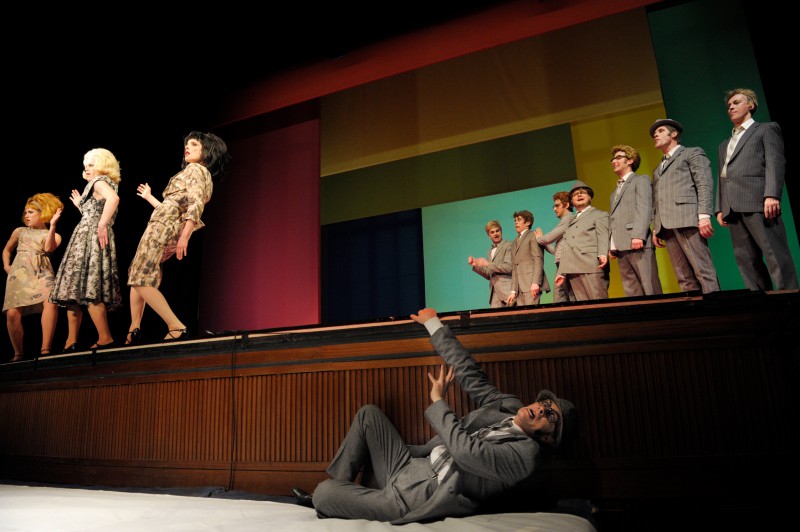 Oh no! He’s fallen! But it’s ok, there was a mattress there all along… Scene from Herbert Fritsch’s „Murmel Murmel“. Photo: Thomas Aurin 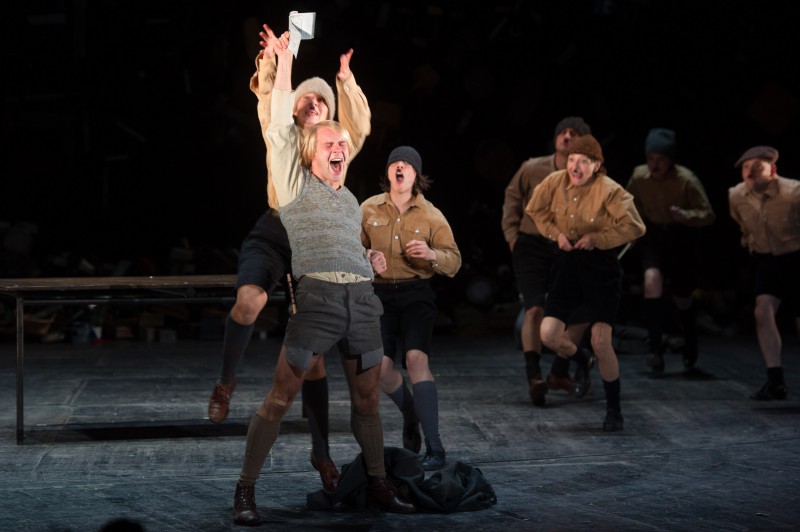 Now if those Nazis fell into the pit while mumbling “Murmel Murmel“, that might be a different story.